In response to the change in weather, there have been a few amazing fungi growths. Mainly bracket fungi which grow directly out of the tree.

I passed one on a side road last week growing just out of reach on an oak tree. Unmistakable! It was Chicken Of The Woods (or Sulphur polypore) immediately recognisable with its bright yellow colour. 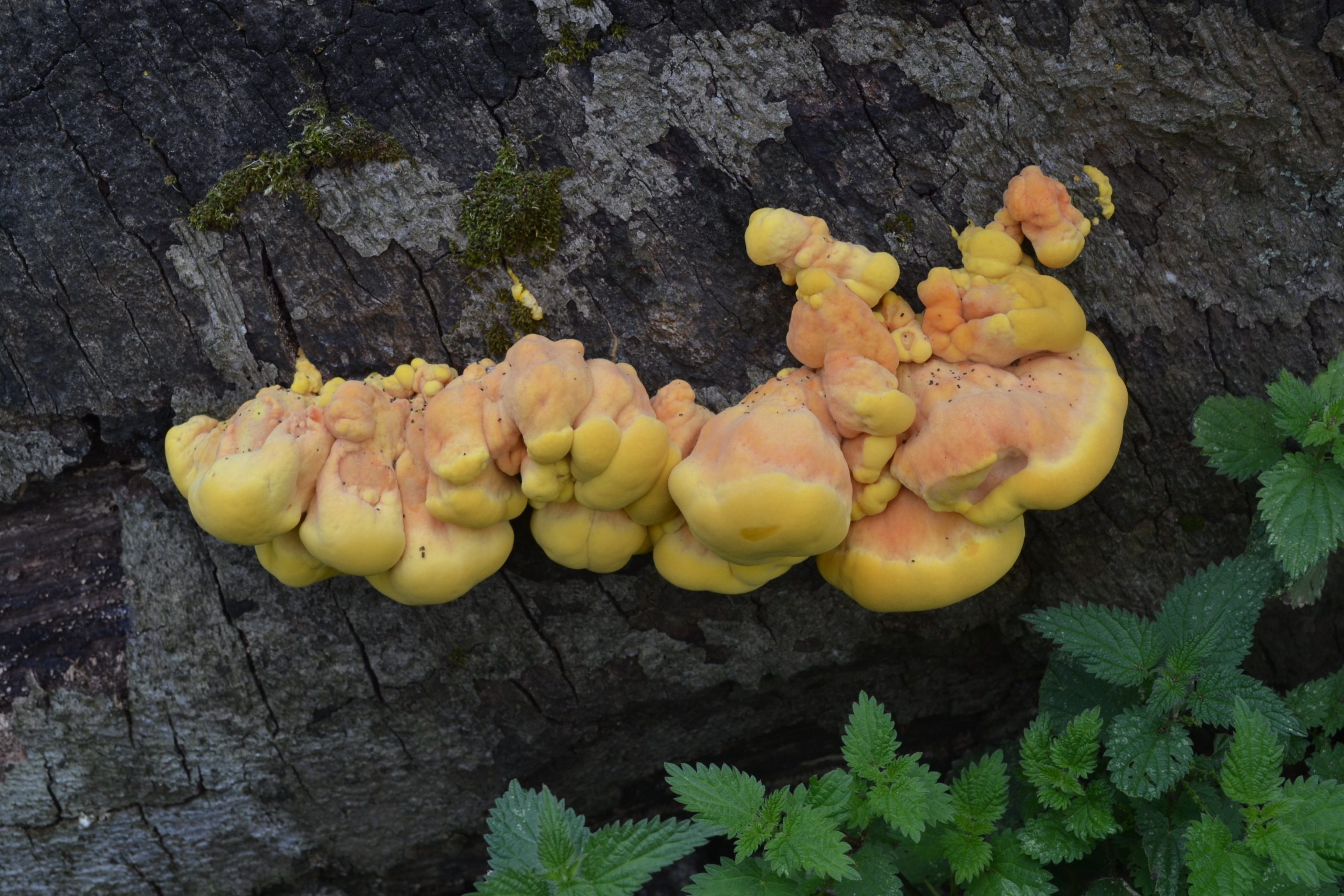 Chicken Of The Woods by Rob Rowe

Chicken Of The Woods is a fairly common species in the UK. It grows mainly on oak tree trunks, but can also be seen on the trunks of yew, cherry, sweet chestnut and willow from late spring to autumn.

Chicken Of The Woods is a vital species, supporting a host of wildlife. There are some specialist beetles which only feed on bracket fungi.

Chicken Of The Woods fungus is edible, although it does not agree with everyone. It is one of my favorites as much for its crumbly texture as for its taste. It is inedible when found growing on a poisonous tree like yew.

It creates brittle brown rot and hollows out heartwood, leaving the living sapwood of the tree untouched.
The pictured specimen was at Linley Beeches growing on one of the fallen giants.

A walk this week led us in a long circumnavigation of Earlshill and Poles coppice. Near the end, in an area managed by the Friends of Pontesford Hill, we found this giant: Dryad’s Saddle. 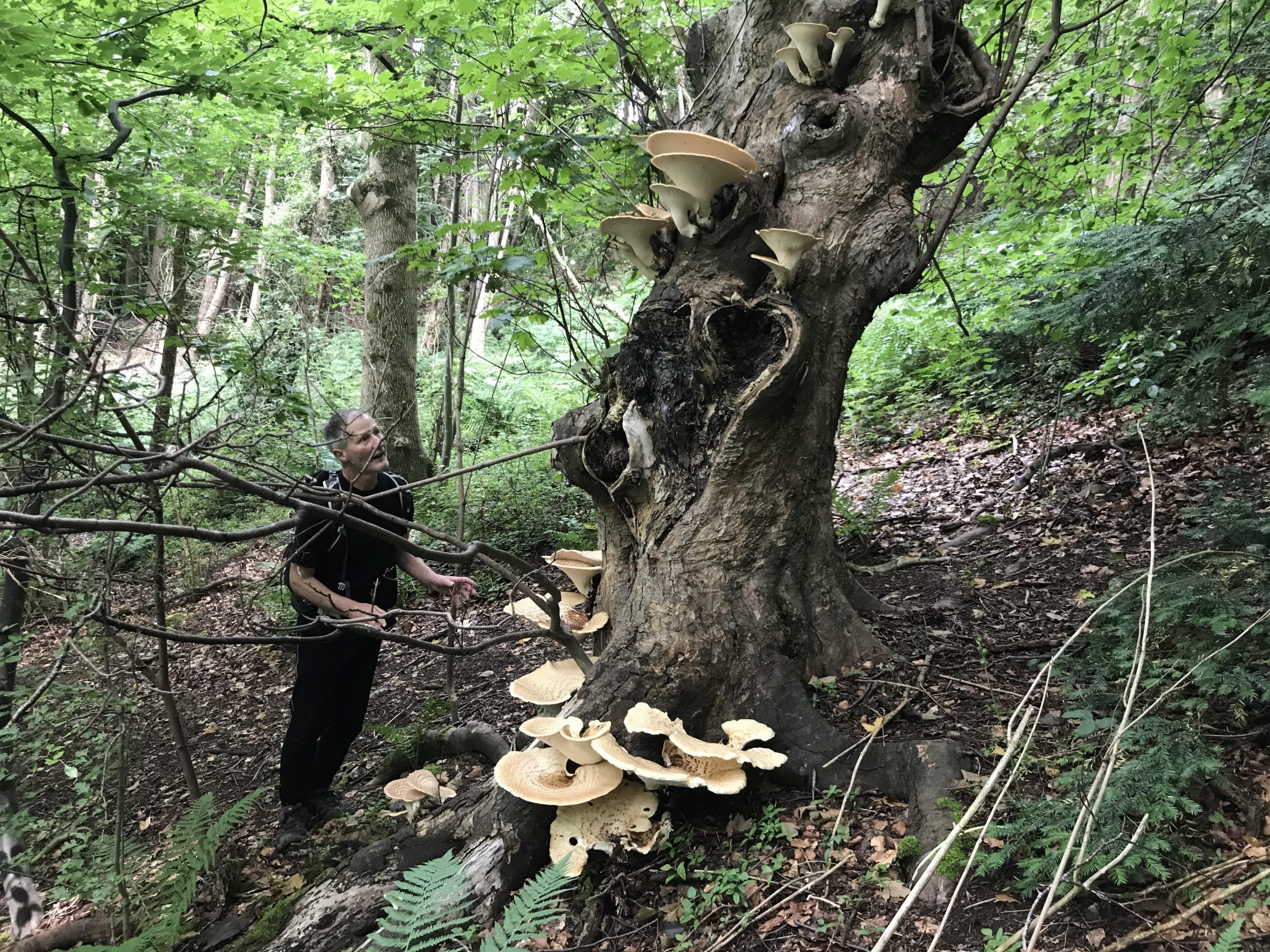 The name, Dryad’s Saddle, refers to the tree nymphs of Greek mythology called Dryads who could sit and ride on this magnificent mushroom.

It plays an important role in woodland ecosystems by decomposing the dead logs or tree stumps of hardwood trees. In this case, it was a large old sycamore.

It is a parasite and causes white rot in the heartwood of living trees. Very quickly they grow, toughening, and then quickly rot becoming food and home for a variety of flies.

Although the very young specimens are edible I find them just too beautiful to pick and in this case, I was more than happy to stand and pay homage to this wonder of our beautiful and often surprising natural world.