A talk by Suzanne Noble hosted by the Marches Meadow Group

After a minor technical hitch over the projector we eventually got going and were treated to a fascinating talk given by Suzanne Noble about growing native orchids in meadows and gardens.

About 70 people turned up at the Church Barn in Bishops Castle on November 13th to hear about the wide range of orchids native to this country (about 52 apparently) and their very unique and sometimes bizarre behaviour. This even includes one orchid that spends its entire life underground.

Suzanne has been growing orchids since 2013 and she talked about the way in which she propagates orchids in her laboratory from seed. There was plenty of technical information about the physical features of orchid seeds which are different from other seeds in that they have no food store of their own but instead rely on the presence of mycorrhizal fungi in the soil for their sustenance.

Suzanne now propagates a range of orchids, requiring different soil conditions, in her laboratory and brought along some samples of plants being grown in jars for us to look at. 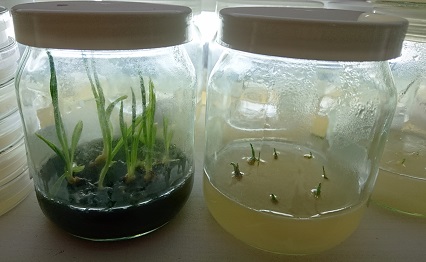 At the end of the talk there were plenty of questions related to peoples’ own experiences and (usually) difficulties in growing or transplanting orchids in their own meadows or gardens. She had also brought with her a selection of orchid seeds to sell, which inevitably this attracted a large crowd of actual or potential orchid growers. No doubt our meadows and gardens in the local area will soon be flourishing with plenty of examples of this highly-prized plant. 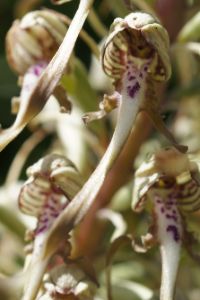 The Lizard Orchid, growing between 30 and 90 cm tall by Suzanne Noble

Suzanne lives in Herefordshire and is available for visits if you want to know more or see at first hand the process of orchid propagation. Her contact details and further information is on her website at http://britishorchids.co.uk/