There’s a growing realisation that healthy soil is as vital to life as clean air, water and thriving ecosystems.  It provides us with food and helps to safeguard these other vital resources. The trouble is, that after thousands of years of human activity, accelerated by farming practices in the last few centuries, soil has become degraded and lost from the land.  This is threatening our ability to feed the world, cool the planet, protect our life-giving ecosystems and it’s damaging human health through pollution!

Many farmers believe that by putting regeneration of the soil at the heart of the way they farm, rather than treating it as just another input along with chemical fertilisers and machinery, they can help solve these global threats rather than compound them.  You can spot the signs of this changed approach on farmland in lowlands and uplands if you know what to look for.  First though, what’s the problem and why is change so desperately needed.

The key factor underlying soil degradation is the decline in and above the soil of organic matter from decaying plants and animals.  This contains key growth nutrients, such as nitrogen and phosphorus, needed by plants and animals.  It also feeds what some farmers call “underground livestock” – the earth worms, beetles, nematodes and smaller fauna such as fungi and bacteria – which break down the organic matter and turn the nutrients they contain into more readily accessible forms for the next generation of plants to take up through their roots.  In exchange for sugars, mycorrhizal fungi help plants access the processed nutrients and moisture through thin white cobweb like fungal strands acting as root extensions.

This soil nutrient cycle is entwined with the carbon cycle, also essential for plant and human life.  Plants absorb CO2 from the atmosphere through photosynthesis then pass the carbon into the soil via decaying organic matter. The soil acts as the second largest carbon sink after oceans. The top 30cm of the soil contains twice as much carbon as that in the atmosphere so changes in organic matter content of the top soil can have a significant impact on the amount of carbon in the atmosphere.

Human activities from the start gradually removed organic matter from the soil, reducing its micro-organisms and weakening soil structure and its capacity to store carbon.

Hunting, animal husbandry and evolution of transport and settlements killed off or restricted the original migratory feeding patterns and movement of animals gazing on grasslands.  This stopped the distribution of dung and carcasses, which had provided organic matter for the soil from animals, as well as the spreading of plant species, over large areas.

The practice of ploughing, adopted by the Bronze Age or earlier, and removal of plant matter at harvest time, destroyed the extended root systems and deprived the soil of organic matter from plants, weakening its structure and ability to hold moisture.   Leaving the soil bare for long periods between harvest and replanting also made it more prone to heating up, drying out and subject to erosion.  Over time this dryness affected the micro-climate in many areas, with hotter land driving clouds away, and resulted in desertification of the soil. The catastrophic 1930s dust bowl of the US mid-west followed the uprooting of long-established prairie grasses in favour of short rooted crops more susceptible to the droughts experienced thereafter.  Even outside these devasted areas, soil fertility started to fall and net carbon emissions increased.

The rise of intensive industrial scale monoculture farming, using bigger machinery requiring larger fields and the removal of hedgerows, has continued to reduce organic matter in the soil and increase soil erosion. 18% of organic matter was lost from UK’s arable soils between 1980 and 1995 alone.  Decoupling arable and livestock and focusing production on a single crop reduced biodiversity above and within the soil and weakened natural pollination and resistance to crop disease.  Carbon emissions from heavily cropped fields have accelerated and more fossil fuels have been used to support the making and application of agricultural chemicals and associated machinery.

Our Food Supply:   Some reckon the world has already lost about a third of its top soils and there are areas in all continents where soil has a lifespan of less than 100 years.  Around 17% of land in England and Wales is affected by soil erosion, with the annual loss of 2.2m tons of top soil and associated productivity and nutrients.  Food production, especially on degraded soils, is already being adversely affected by changed and more extreme weather patterns brought by global warming, with an overall drop in yields of 1% a year. With world population estimated to grow from 7.7bn to 9.8bn by 2050, food supply may soon become an issue affecting all countries.

Decline of ecosystems above and below ground, especially on arable farmland.  We’ve lost a huge chunk of wildlife, falling in numbers and species, that used to help farmers grow a wide range of healthy crops and environments for livestock.  This includes the decline of about a third of all species of wild bee and hoverfly populations, acting as key plant pollinators, between 1980 and 2013; nearly half of farmland bird populations, which help keep pests in check, since 1970; wildflower meadows, promoting biodiversity, have all but disappeared since the 1930s; and worms, essential for soil health, are rare or absent in two out of five fields in England.

Pollution: Despite recent reductions, further damage to ecosystems from agricultural chemicals is still significant in the UK.  Agriculture is the leading cause of total nitrogen pollution in the UK’s water systems and of air borne ammonia pollution, adversely affecting human and animal health.

Contributing to global warming. Worldwide, agriculture is the second highest contributor to climate change gases which trap heat in the atmosphere. Carbon Dioxide is the longest living of these, potentially locking us into global warming for centuries. 31% of CO2 from agriculture is generated by livestock and 27% by crop production.  An additional 24% is generated from soil disturbance, most of this through changing grassland to cropland and pasture or by ploughing.  This is resulting in the release of carbon from the soil at an accelerating rate.  “Intensive agriculture has caused soils to lose 40 to 60% of their organic carbon” (Defra 2019).

Reducing Farm Incomes and Destroying ways of life:   With higher input costs and intense global competition driving down profits and wages, and increasing numbers of extreme weather events wiping out profits, making an income from farming is tough and unpredictable.  Worldwide, land unsuitable for intensive cultivation, such as in many upland areas, is being abandoned along with local communities. In the UK many smaller farmers rely on income from non-agricultural activities such as eco-tourism and horse riding.

All this makes gloomy reading.  The good news though is that many farms in the UK and around the world are using a simple approach to tackle these crises, with amazing results. It’s called “regenerative agriculture” and in Part 2 we’ll be digging deeper into how it works, with the help of dung beetles, drones and herb eating cows and sheep. 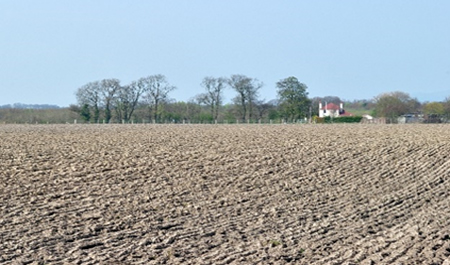 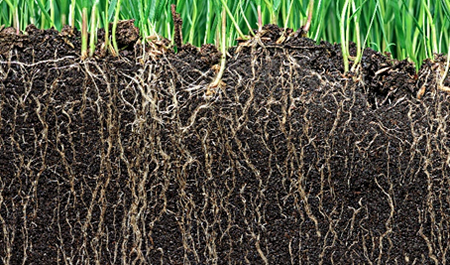