Notes from the Hill

Following current Covid-19 guidance, the rights of way on the Stiperstones National Nature Reserve can be used by local people for exercise, but dogs must be kept on leads at all times. We do not encourage travelling to the site by vehicle and although the car park is not barriered off, the police are patrolling it to ensure it is not misused.

An opportunity that many of us are taking from remaining at home, is the chance to get stuck into a bit of gardening. So why not help the environment by making your garden more wildlife-friendly. The RSPB website is a good place to look for some detailed advice, or Butterfly Conservation has a monthly wildlife gardening blog.

I have mentioned before that the creation of a pond can be the best way to bring wildlife into the garden. Another factor is the plants that you grow, with some being more attractive to native animals than others. The most obvious choice of plant would be a native one to the area, and often these can be just as beautiful as some of the more gaudy flowers that are often planted out. They will also fare better as they are used to our climate and soils. For example, at this time of year, the primroses, cowslips and violets make a wonderfully vibrant show of colour in our countryside. The leaves and flowers of primroses can also be made into a tea which is said to calm the nerves and drive away nasty coughs – perhaps just the thing at the present moment.

I should hasten to add that wild plants should not be dug up from the countryside, but can be bought or the seeds collected.

In general pale-coloured flowers, such as primroses, attract nighttime pollinators such as moths, whereas coloured flowers like violets attract day-flying insects like butterflies and bees, so I would suggest a mix of both. Simple flowers are a good choice, compared to big showy double flowers, which are less accessible by insects and often don’t carry much nectar.

Another wonderful native plant for the border is the foxglove, which on a sunny day will always have a few bumblebees squeezing into its finger-shaped flowers. Also any plant from the thistle family will attract bees and butterflies and if you don’t like the thought of a prickly thistle how about common knapweed which has a flower-like a thistle but no spines.

Finally a word for the often overlooked and much-maligned dandelion. This delightful plant is used by all sorts of wildlife. Bees feed on its plentiful nectar, grazing animals seek out its tasty leaves (it’s a good addition to a salad too) and goldfinches eat its seeds later in the summer. As well as being good for wildlife it can also be used by the gardener, as like comfrey it has a long taproot that reaches minerals deep in the soil, so its mineral-rich leaves can be used as a mulch or fermented in a bucket (maybe with nettles) and used as a plant food. 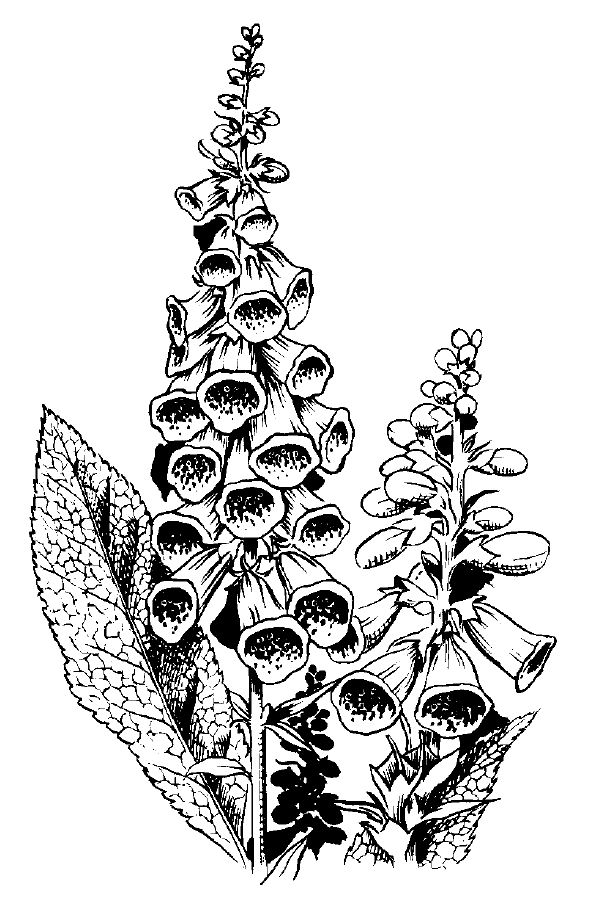 Unfortunately we have had to cancel all our events up to June this year, including the opening of the cottages at Blakemoorgate, more details can be found on our Facebook page.

Happy gardening from Simon Cooter and the Natural England staff at Rigmoreoak.